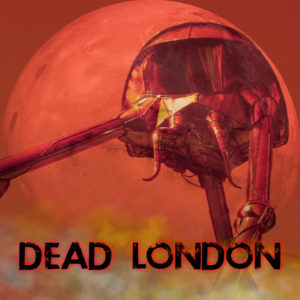 Based on H.G. Wells’s classic tale of Martian invasion, DEAD LONDON sees humanity defeated by a superior military force from another world. Recorded on location at Horsell Common, Surrey, and featuring Brian Blessed as the Voice of the Martians, DEAD LONDON was the winning entry in the 2013 War of the Worlds 75th Anniversary Contest.

"An excellent, even disturbingly-realistic production. With some clever updating of a well-known classic, “Dead London” becomes compelling and new, even while familiar. Fine performances, flawless voice recording in what had to challenging outdoor locations, and spectacular sound effects, music, and over-all audio construction. Very highly recommended!"